How Researching the Life of Dracula Changed My Life 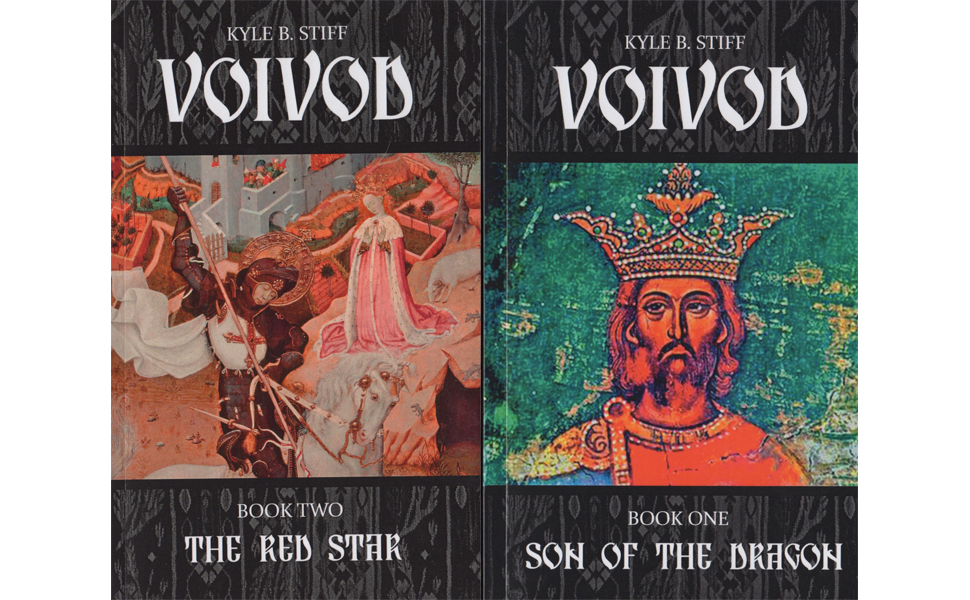 by Kyle B. Stiff

There’s nothing quite so humbling as finding out that your knowledge of history is based on movies and television, especially when you live under the illusion of being informed… unlike those other people! I was forced to confront my own ignorance when I decided to research the real-life Dracula for my next writing project. I knew next to nothing about him, but I assumed the story would be about a cruel tyrant who relished executing his own citizens in bizarre ways. I figured that once I looked into some history books I could find a hero, or at least someone halfway likeable, that I could shoehorn into the narrative.

Of course, I wanted a “Gothic” atmosphere, too. Not Gothic as in, the culture of a particular ancient Germanic people. Gothic as in… Hot Topic, nu-metal cover bands, and twenty-somethings in black lipstick trying not to sweat as they wait for the bus. And yes, I am just as embarrassed to write this as you are to read it.

Maybe I’m exaggerating my own ignorance. One thing I knew about Dracula was that he was revered and respected among his own people. I was intrigued by the idea that a monstrous sociopath could be adored. How was such a thing possible?

Whatever the case, once I started reading books about the real Dracula, or Vlad the Impaler, I had to throw out all of my preconceived notions. I have always been able to read between the lines, and once I realized that much of what we know of Vlad the Impaler comes from propaganda pamphlets printed on the Gutenberg printing press, it was easy to see what was going on. Vlad’s peasants loved him, not despite the fact that he hunted them down and tortured them, but because he never did. His sin was the sin of lashing out at the people who profited from child slavery. He even made the mistake of embarrassing the king of Hungary, who was taking money to fund a crusade that was never supposed to happen.

Where was the brutal tyrant? Where was the serial killer who preyed on his own peasants? I thought I was going to write about history’s first Satanist, not a devout Christian who risked everything just for a chance to fight an oncoming storm of Islamic terror! That character existed only in the first crude bestsellers churned out in mass quantities – the medieval equivalent of trash novels sold in grocery stores.

In fact, the more I read about Vlad, the more I liked him. He was the sort of person I would like to be: Noble, brave, and willing to stand against overwhelming odds. He also had that strange and heroic combination of brilliance and naivete required for a truly tragic character.
We actually live in similar times. When I was young, it was assumed that everything that came from mainstream media should be taken with a grain of salt. Even before the news experienced a schizophrenic split between left-wing and right-wing narratives, there was always the assumption that we were never getting the full truth. Now there is outrage if one does not fully support the mainstream narrative. Using multiple news sources and speaking one’s mind have become acts of hatred. One must either clap when the celebrities speak, or one must be full of hate – it is one or the other. As a teenager reading Orwell’s 1984, I always thought the concept of the Two Minutes Hate was so bizarre. Why would adults watch someone’s image on a screen only to scream and throw books at it? Now, as an adult, I understand that it is possible for synthetic outrage to be cultivated in otherwise well-meaning groups of people. It may be disappointing, but it is entirely possible.

A lot of this has to do with the Get Out of Jail Free Card that was dealt to Islam. I grew up with the understanding that Islam was much the same as any other religion. I was told that they even had a Golden Age of scientific inquiry and helped pull Europe out of the Dark Ages. Then the Muslims were bullied by Westerners intent on expansion through colonialism, which led to what we would call Islamic terrorism. Of course, if one reads actual historical accounts, it does not take long to realize that all of those assumptions are incorrect.

Islam has always been a political system based on a war economy (or a looting economy). Muslims are the great slavers of history. It’s sad but true. By comparison, the Christian Crusades were ill-conceived, small-scale affairs put together by Europeans who could not wrap their minds around the extent of the enemy they were facing, the thing that was devouring them year after year. In the West, it’s common to look down on Eastern Europe and to think of it as a bunch of undeveloped nations with patchwork economies continually hamstrung by Communism. But once one reads about their history and learns that they have been fighting to survive against a powerful and organized foe that attacked them nearly every year for over one thousand years, one is struck by the amazing realization that it is a miracle that all of Eastern Europe was not entirely depopulated, or was not turned into a Caliphate fueled by slave labor.

That is why the life of Vlad the Impaler is so impressive. When he was a child living as a hostage of the Ottoman Turks, he learned how they operated. Instead of letting them crush his will and turn him into their tool, which was what usually happened to noble hostages, he became a champion for a people who had none. He fought when most looked away and pretended the problem was not real.

Of course, it’s impossible to study one person in history, as everyone’s life is a web of other lives, so in studying Vlad the Impaler, I had to branch out and study other lives, other lands, other times. I obsessively took note of every detail I could find. I did not want to trim away details and then write about a single chapter Vlad’s life as if it was an incident occurring within a vacuum, so I expanded my idea for a single book into a four-book epic that would chronicle not only Vlad’s life and death, but also the many heroes and villains from different lands who were a part of his struggle.

For instance, my series, which is called Voivod, also includes the life of Stephen the Great, a ruler of Moldavia who became much like his cousin Vlad the Impaler – except Stephen was sainted while Vlad would be remembered as a monster. There was also John Hunyadi, the “White Knight” who was called a Champion of Christ by the Pope, a Hungarian warrior who became legend for devoting his entire life to fighting Ottoman invaders. There was Scanderbeg, an Albanian hostage of the Turks who kept his desire to rebel a close secret for twenty years – twenty long years – until he finally had the opportunity to fight back.

There are so many others that I often wonder why we don’t have a dozen new movies every year about these historical figures. It’s almost as if we use the work of Tolkien or J.K. Rowling or George R.R. Martin as a substitute because our own history, while just as stirring and inspiring as those works of fantasy, is too painful for the faint of heart to look at!
Was the story of the life of Vlad the Impaler buried under endless clones of the same silly vampire story because we are too weak to look at the truth? Even if that is the case, can anyone blame us? Here was a man from a small, poor nation regularly harvested for slaves, taken from his family and raised among people who did not care for him, then he got away and spent years struggling to gain the power he would need to face the enemy of his people – an enemy so frightening that to this day the extent of the struggle cannot be comprehended – and the end result of his struggle was…

Ah, but I don’t want to give away the ending! It may be a matter of historical record, but it’s also a damn fine piece of storytelling in the making!

About the Author: Kyle B. Stiff is the author of the long-running Demonworld series, a sci-fi epic available on Amazon. He has also written two gamebook apps for Cubus Games. He is currently working on the Voivod series. The first two books are available at Amazon in paperback and electronic format.